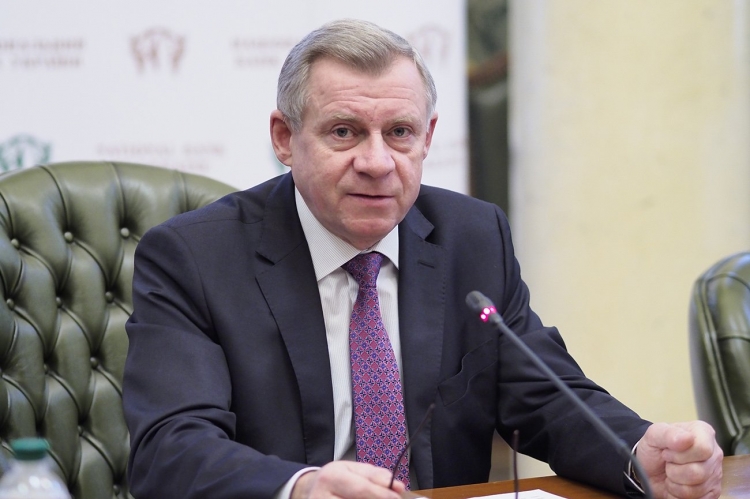 «We will have the Ukrainian banking system pressed, in spite of it being very-very-very independent,» so reads the direct speech of Ukrainian President Volodymyr Zelenskyy. Having pushed the National Bank to lower interest rates and aid exporters by facilitating a weaker national currency, the President was expecting to win the people`s love and oligarchs` favor. Instead, he arrived at global-scale problems.

The head of Ukraine’s central bank Yakiv Smolii has resigned saying he had been subjected to “systematic political pressure” that prevented him from doing his job. This pressure, as some believe, came directly from President Volodymyr Zelenskyy and quite possibly billionaire oligarch Ihor Kolomoisky.

Smolii reported his resignation in a yesterday`s tweet, that, according to insiders, followed his talk with the President in the Presidential Office – that Mr Smolii left with the firing application signed. “Let it be a warning for attempts to undermine institutional independence of the central bank,” the latter tweeted.

The fact that the independence of the National Bank is at risk is not new at all. The critical importance of independent institutions for the state`s macro-stability has been repeatedly voiced by the G7 Ambassadors. Last week Charge d’Affaires, a.i. Kristina Kvein held a meeting with Mr Smolii, whereupon the U.S. Embassy declared in social media its support to the National Bank. At that same time, there emerged an address of EBA on behalf of the Ukrainian and international businesses to the President, the Government and the Parliament demanding to stop undermining the National Bank`s independence.

How come the disaster happened? Even despite the whole political, diplomatic and business establishment understood in advance that the state`s macro-stability is stupidly sacrificed to short-term political interests at the time of the world crisis.

«The departure of Yakiv Smolii as governor of the National Bank of Ukraine is a serious blow to the reformist credentials of President Volodymyr Zelensky and could jeopardise a recently agreed $5bn IMF bailout as the country reels from the economic effects of coronavirus» - wrote the Financial Times.

And now the explanation: the National Bank`s independence is one of the basic conditions of the finally signed Memorandum with the IMF.

Inside: President Zelenskyy gave HIS PERSONAL PROMISE to the Fund`s Chairwoman Kristalina Georgieva not to fire Smolii, and to guarantee the Bank`s inviolability (though the independence of the National Bank is by default determined by the relevant Law of Ukraine, damn it). And hardly had Ukraine received the first tranche of $ 2,1 bln under the Stand-by agreement with the IMF, followed by € 500 mln from the EU and $ 350 mln from the World Bank, as the Ukrainian President chose to bail on the investors by actually forcing the Bank`s Governor to dismiss and consequently violating the Memorandum in force.

The IMF presence in the state itself is a marker of comfort for investors, both foreign and internal. The cooperation with the IMF being at risk leads to immediate effects: aready today the large investors stepped up with their announcements to postpone all new investments, and the Ukrainian government, for the first time in history, recalled the placement of its 12-year eurobonds amounting to $1,75 billion that entered the market just yesterday. Many believe the move to be an act of public humiliation of the current government.

Among the likely risks that the appointment of “100% loyal person” (as President Zelenskyy likes to say) to the NBU Governor’s chair will bring are:
- Uncontrolled emission leading to inflation
- Devaluation of the hryvnia hurting Ukrainians, and at the same time enriching the oligarchs-exporters
- Decrease in gold and foreign exchange reserves
- Return of PrivatBank to Ihor Kolomoisky
- Falling credit rating of the state
- Outflow of foreign capital

The NBU, the world most transparent bank according to 2019 Central Banking Awards, is one of Ukraine’s few well-respected government bodies. It is credited by international investors and Kyiv’s western donors with taming inflation and stabilising the economy after Russia’s annexation of Crimea and starting war in Donbas, keeping the hryvnia stable through the pandemic.

Smolii’s exit still needs to be approved by parliament. It’s also a mystery who’s gonna be his successor. It seems to us like Kateryna Rozhkova, current acting Governor, would be the best candidacy to head the National Bank. Hopefully, Ukrainian President is smart enough to replace Smolii with somebody from the current National Bank’s Management Board. That would be the only decision supported by the IMF and Kyiv’s Western backers and the only way to prevent banking system from going to hell.