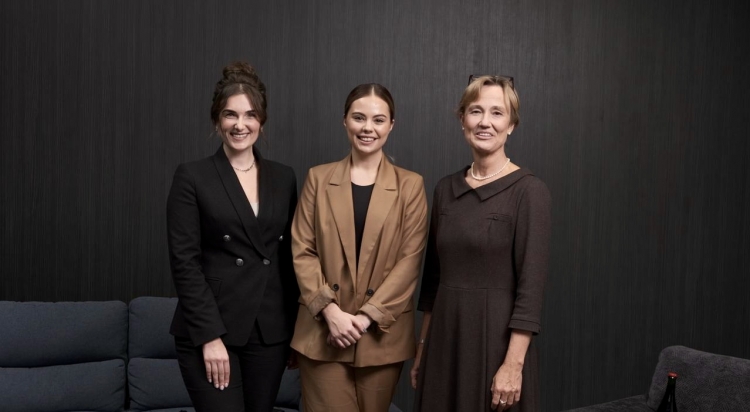 Ambassador of Germany to Ukraine: Ukraine will become a member of the EU

KYIV NOT KIEV, a news video project launched by TRUMAN Agency team members, finishes 2020 by starting a new season – the one of interviews with foreign ambassadors to Ukraine.

The first guest hosted by the project anchors Tetiana Gaiduk and Polina Boichuk was Anka Feldhusen, Madam Ambassador of Germany to Ukraine.

On the prospects for Ukraine's euro-integration

"Ukraine will become a member of the EU" – Madam Ambassador signals clearly. Adding, however, that the nearest perspective is a no-brainer here. "Ukraine, unlike North Macedonia, is a much bigger piece for the EU to swallow." At the same time, Madam Ambassador welcomes the change of Ukraine's approach to EU membership to a more pragmatic one. To her mind, it's reform implementation that has to be the ultimate goal, not the membership per se.

Anka Feldhusen admits that Nord Stream II is the major sticking point in the bilateral relations, noting off-screen that the Nord Stream II question is among her least favorite ones. "I'm a little bit sad we didn't explain the project better to our partners, - says Madam Ambassador, - and I know Poland and Ukraine are upset at us." The Ambassador underlines that since Germany is trying now to decrease the amount of consumed coal and nuclear energy in favor of gas, it will allow for filling both the Ukrainian pipeline and Nord Stream II. "If it's ever built to the end" – she adds.

On reforms in Ukraine

"When you look at the six years that happened since the end of Maidan, so much has been achieved – believes Madam Ambassador - nevertheless, it could have been more, and it could have been faster." After all the years in Ukraine, she does feel that Ukrainians have a unique capacity to shoot themselves in the foot. Of course, the war absorbs much of the state resources, yet lack of the rule of law, strategic thinking, and oligarchs` interest are far detrimental to the course of reforms than the warfare.

As to the comfort the oligarchs enjoy in Ukraine, Madam Ambassador makes no secret to her irritation: for the time of her stay here, there has been no sign of progress in the battle against them. "Please, be employers, large employers. Pay your people well. Develop new economic fields, but please get out of politics" – that's her message to the Ukrainian oligarchs.

On travel and fashion

Madam Ambassador believes that Ukraine has to actively promote the touristic direction. " With the pandemic, people look for closer destinations, and Ukraine could be the perfect destination." One more way to the communicational breakthrough in the world arena is the development of the fashion industry.

"I buy all my dresses here because Germany doesn't really sell nice dresses any longer. One of our projects in the Embassy is to go shopping with all the female experts there and have a Saturday afternoon to see all the collections,"- shares Anka Feldhusen.

The key message from Madam Ambassador:

Ukraine is a great place to be.

Ukraine has a lot of work to do.

Ukraine has wonderful friends to help it.

Let's work together to make Ukraine a success.