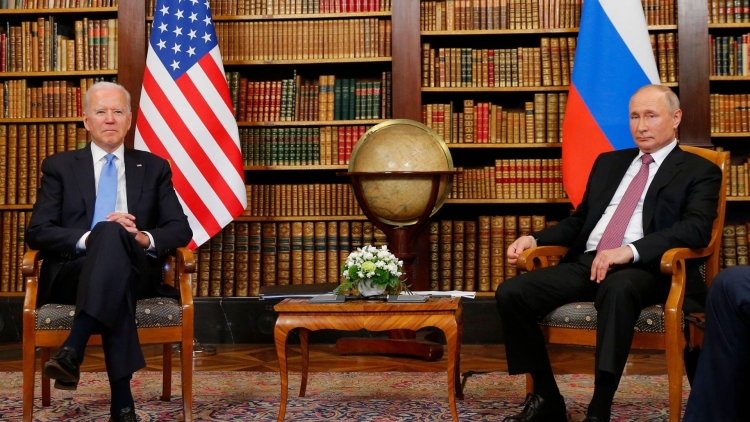 Ukraine on the agenda of world powers

These days, the world's attention was focused first on the small British village of Carbis Bay, then on Brussels and finally on Geneva. The 46th President of the United States Joe Biden attended the G7 summit, 2021 NATO summit and had a meeting with the Russian counterpart shortly afterwards.

This year, the leaders of South Korea, Australia, India and South Africa were also invited to the UK as the country currently chairing the G7. German political scientists called the G7+ format an opportunity to increase capacities in confrontation with China, the European press talked about the "funeral" of BRICS. Russia and China remain the last pillars of the group as India changes course towards rapprochement with the United States. In many statements before mid-June and, what is the most important - in communiqué, Russia and China were warned about their aggressive policies.

In their communiqué, G7 leaders called Russia a party to the conflict in Eastern Ukraine, not a mediator, and called on it to withdraw the Russian troops and materiel at the eastern border of Ukraine and on the Crimean peninsula. The Kremlin was called on to stop its destabilizing behavior and malign activities, but in Kremlin they once again pretended they don`t understand what it is about. Despite the emphasis on climate change, G7 leaders have not considered a ban on fossil fuels extraction in the Arctic. However, this could force Russia to change its policy. Moreover, in its efforts to complete the Nord Stream 2 pipeline, Russia has promoted that the project does not bring any environmental risks. The position was supported by Germany, while it wasn`t taken into account that Nord Stream 2 is not the declared 1230 km, but almost 5,000 km. This is the length of the pipeline from the gas field to the end point in Greifswald, Germany - the pipeline that can put an end to transit through Ukraine.

The eighth year of Russia's war against Ukraine obliges world leaders to talk about violations of international law, human losses, human rights violations, political prisoners and many other terrible things. However, it is becoming clear that a real action is needed to change the situation. Both for Ukraine and Western allies.

Despite the fact that only representatives of member-countries were invited to the NATO summit, the Ukrainian issue has received more attention than at the G7 summit. The communiqué states that the conflict in and around Ukraine, in current circumstances, remains the first topic on the agenda. However, the concrete steps for Ukraine that President Zelensky waited to hear about were simply repeated from the recent visit of the Secretary of State Anthony Blinken: Ukraine must carry out reforms in order to obtain the NATO Membership Action Plan. At the same time, the very fact that NATO members confirmed the future membership for Ukraine through the MAP was already significant. Since the decision was first made in 2008, the world political landscape, and in particular the situation in Ukraine, has dramatically changed: a reversal from Euro-Atlantic integration under Yanukovych, Euromaidan, Russia's armed aggression against Ukraine, and the fixing of Euro-Atlantic aspirations of Ukraine in the Constitution. Nevertheless, NATO leaders expressed their strong support for Ukraine in countering hybrid aggression, and this was the signal we were waiting for.

As we know, the informational dimension is the forefront in a hybrid war, where misinformation is the main tool. Unfortunately, the long anticipated Biden-Putin summit has not changed the Kremlin's rhetoric. In his press conference, Putin tried to avoid questions about Ukraine. However, when he needed to comment, he continued to talk about bloody coup d’état in Ukraine that was supported by West. He told Russia had only one obligation on Ukraine - assistance" in the implementation of the Minsk agreements. There were no changes in his answers to journalists. Apparently, the Nord Stream 2 or the detention of Ukrainian political prisoners was not discussed during the meeting. During the press conference, President Biden stressed the importance of human rights, but it is becoming obvious that Ukraine itself need to take steps to free their citizens. Western support will be strengthened only with reforms, consistent systemic policy and removal from power of people who work against the interests of the country.