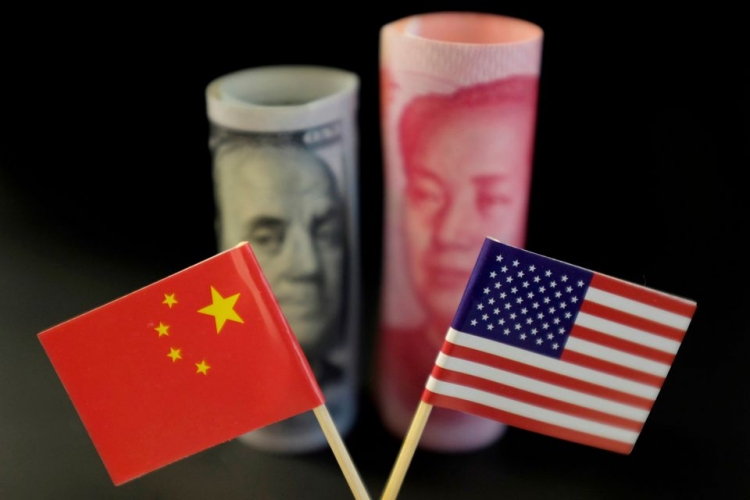 The B3W Initiative: New Barriers on the Silk Road

The meeting of G7 leaders took place in British Carbis Bay more than a month ago. However, there are still some topics to discuss. Such is the case of the global initiative for the development of infrastructure projects in low- and middle-income countries announced at the G7 Summit. What is the essence of the new idea and will it affect the interests of Ukraine?

The initiative of creating G7 Common Infrastructure Project belongs to American President Joseph Biden. The ambitious plan announced at the recent G7 Summit can be seen as complementary to the comprehensive domestic reform strategy adopted by the US democratic administration. The name of the new international initiative, the Build Back Better World Partnership or abbreviated B3W, echoes Biden’s pre-election slogans (unless it duplicates them).

The main goal of the large-scale project is to bring together the world’s richest democracies in order to address the infrastructure problems in the developing world. The key instrument of this initiative is the establishment of values-driven, transparent and high-standard partnership between major powers and countries in need of assistance. Such an assistance includes cooperation in the area of infrastructure, which, according to the authors of the project, includes environmental protection and climate change, health, digital technologies, as well as gender equity and equality.

Although it is still unclear how much capital the project will ultimately allocate, the United States estimates that an effective solution to the global infrastructure problem would cost about $40 trillion. This ambitious initiative will be based on the mobilization of private capital, as well as augmentation of both national and international instruments for financing development projects.

According to the White House, there will be six core principles of the future partnership, namely shared values, high standards of good governance, environmental integrity, strong strategic relationships, active participation of private capital and increased influence of multilateral financial institutions.

The Biden administration is not trying to hide the political nature of the initiative. The White House makes it clear that the Carbis Bay meeting was partly dedicated to discussions on the strategic competition between the United States and the People’s Republic of China. As a result of such deliberations the B3W project has appeared. In particular, the partnership proposed by the American President is to become a counterweight to the Chinese Belt and Road Initiative (BRI).

The infrastructure project of the so-called New Silk Road, announced by the Chinese leader Xi Jingping in 2013, was intended to restore China’s ties with Europe. Currently, the initiative includes deals with more than a hundred countries on building railways, ports and highways. The New Silk Road has surpassed its historical predecessor, already covering about 2600 projects at a cost of $ 3.7 trillion.

Bearing in mind the decline of American influence in the world and the impressive growth of Chinese economy, Western states regard the BRI as a powerful expansionist instrument in the hands of Beijing. In particular, critics of the project accuse Chinese authorities and business of imposing a debt bondage on developing countries and of carrying out large-scale carbon-intensive construction projects. American policymakers are absolutely sure that such a policy requires a strong and effective response from the Biden administration. And the B3W initiative could be such an answer. For example, according to Gregory Meeks, Chairman of the House Foreign Affairs Committee, Joseph Biden’s first overseas trip and the statements it included should be considered as a return of the United States to the international arena, where they shall once again lead the «transatlantic alliance of like-minded».

Europe is, as usual, less categorical in its assertions about the new infrastructure partnership and its anti-Chinese character. Immediately after the G7 summit in the United Kingdom, German Chancellor Angela Merkel noted that while the West should not expect a unilateral solution to global problems from China, it was also not appropriate to talk about projects directed directly against some state.

In general, analysts do not exclude the possibility of coexistence and coordination of both initiatives. Indeed, the B3W project is still badly lacking in details. Who knows what the state of American-Chinese relations will be when the Build Back Better World Partnership will pass to the implementation stage.

But what does Ukraine think about all this? Let’s look through the facts. Today Ukraine belongs to lower-middle-income states. The country’s infrastructural challenges are obvious, and the pro-Western vector of its foreign policy cannot be denied. At first glance, Ukraine’s participation in the G7 initiative is inevitable. However, it is not that simple. Due to the lack of good governance and non-compliance of the Ukrainian government with IMF arrangements, the Ukrainian participation in B3W is under threat. The situation is even more critical given the recent transformations in the NBU and Naftogaz management. The threat to the independence of the National Bank of Ukraine and the threat to corporate reform, hotly supported by the West, have raised many questions for the Ukrainian government. I am sure that President Biden will deliver some of them to President Zelenskyy during a personal meeting.

The potential political component of the B3W project exacerbates the problem. Currently Ukraine is actively negotiating with China on its contribution to the realization of the New Silk Road initiative. There is even an opinion among the domestic political elites that Kyiv will be able to settle on two chairs at once, dividing roles between the competing superpowers. While the US is a political ally, the PRC acts as an economic partner. But is it appropriate in today’s globalized world to separate politics and economics? The question is absolutely rhetorical. In case of direct confrontation of B3W and «Belts», Kyiv will become part of an additional global confrontation and will face one more difficult choice. "Under such conditions, it is important for Ukraine to play the role of a full-fledged actor by taking bold and wellconsidered decisions", says TRUMAN Managing Partner Ivan Vaneev.

Yes, providing funds the People’s Republic of China does not articulate any public demands. But does this make Chinese capital less politicized? Perhaps not. Since money flows without a clearly defined framework threaten with corruption and centralization of power, which is too much like the export of authoritarianism. The Chinese type of leadership is definitely not an option for Ukraine. In this context, the offer of our Western partners, based on democratic values and reforms support, seems much more attractive.