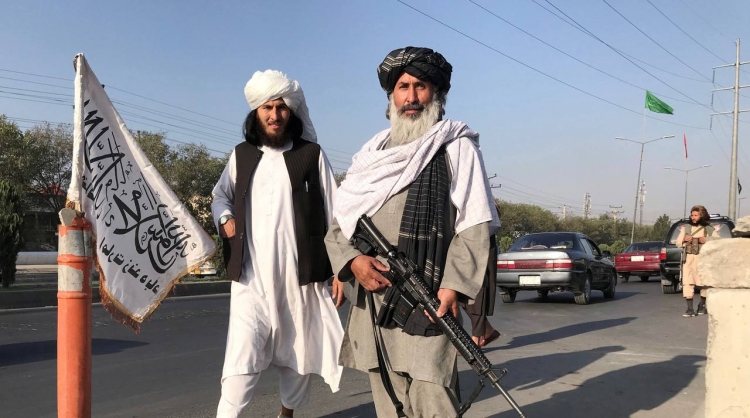 How instability in Afghanistan can affect Ukraine

Since the beginning of August, the so-called "Afghan issue" has been on the front pages of world publications. However, journalists are not the only ones concerned about the changes in Kabul. All world leaders today are forced to respond to events, taking place thousands of kilometers from their homes. And Ukraine is no exception.

Looking at the thousands of refugees seeking to leave Afghanistan in any way, it is easy to conclude that the migration crisis is inevitable. The situation becomes even more dangerous when a limited number of international actors are ready to use such trends as weapons. Speaking of players, we mean Belarus and the Russian Federation.

Already today, Lithuania and Poland are suffering from the influx of illegal immigrants to the European Union, easily crossing the Belarusian border. Of course, in the semi-dictatorial regime, which is Minsk, such operations are impossible without sanctions from the top. The accommodation of migrants from the Middle East and Africa, which has recently reached 4,100 in Lithuania alone, requires significant resources, which certainly weakens the target states of such hybrid attacks.

According to the Foreign Ministry in Kyiv, Ukraine could face a similar fate. The problem of unsettled common borders with Belarus and Russia has been on the agenda of Ukrainian foreign policy since its independence. However, significant progress has not been made in 30 years, and the conflict in Donbas has only exacerbated the situation.

Under these circumstances, recent events in Afghanistan pose a real security threat to Ukraine that should not be ignored.

Additional front for the Russian Federation

However, experts believe that the Afghan crisis poses challenges not only to Ukrainian security. The rise of radical Islamist sentiments in Central Asia is prompting Moscow to strengthen its presence in the region. Although the Taliban has publicly renounced further territorial expansion, the threat to Afghanistan's neighbors is obvious.

The Taliban’s rise to power creates new opportunities for terrorist groups, including al-Qaeda and IS. The latter has already conducted a series of terrorist attacks in Kabul, which resulted in numerous casualties. No less dangerous is smuggling and illicit drug trafficking, which may increase after the withdrawal of the American contingent from the country.

Thus, Russia, which claims the status of regional leader, will have to concentrate its best efforts to ensure its own security and the security of its allies, including Afghanistan's neighbors Tajikistan and Uzbekistan. Such a shift in focus, accompanied by the relocation of resources to Central Asia, may reduce Russian pressure on Ukraine and create a window of opportunity for Kyiv.

However, Afghanistan is a priority not only for Moscow. The world's attention is focused on the events in Kabul. In particular, this applies to Ukraine's Western partners, which are the EU and the United States. The impending migration crisis is the key challenge for Europe. Especially since the negative experience already exists. The Biden administration, in turn, will try to mitigate the impact of the Afghan operation on the future congressional election. Under such conditions, keeping the Ukrainian issue on the global agenda will become even more difficult, experts say.

Despite the pre-election confrontation, Joe Biden has no intention to deviate from the pragmatic course of his predecessor. The United States continues to optimize expenditures on its own foreign policy. The so-called Biden doctrine, while emphasizing Washington's global role, focuses more on the domestic problems of Americans. The withdrawal of troops from Afghanistan has shown that the United States is unwilling to invest time and resources in states that do not show the necessary progress.

For 20 years of its presence in Afghanistan, the United States and its allies have invested about $ 2 trillion in the country. $ 88 billion has been spent on improving the armed forces and defense capabilities alone. We are now seeing the results of all these efforts. The government army that is fleeing under the Taliban’s pressure and endemic corruption that has not been overcome.

“And an endless American presence in the middle of another country’s civil conflict іs not acceptable to me,” Biden claims today.

Thus, Afghanistan can become a valuable lesson for Ukraine. International aid does not last forever. First, it is necessary to rely on our own efforts and reform the state from within.

Afghanistan received US Major Non-NATO Ally Status in 2012. However, this magical title, which is actively discussed in Ukrainian society, did not become a panacea for Kabul, lacking effective reforms.

That is why President Zelenskyy's administration should focus on making structural changes within the state. The whole society is waiting for the details of the comprehensive Transformation Plan, which will be presented to the Strategic Partnership Commission in the autumn. After the inevitable reputational damage caused by the Afghan crisis, the United States will need a bright success story, which Ukraine can become.