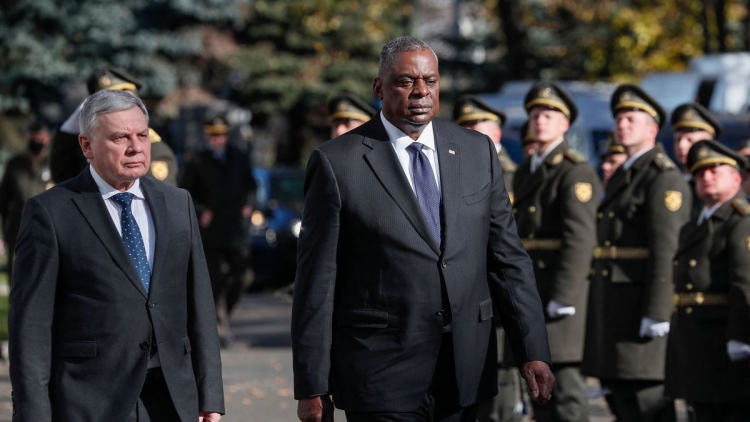 The official visit of US Secretary of Defense Lloyd Austin took place in Kyiv. The results surprised nobody. Focused on stabilizing relations with Russia, the States are not taking radical steps towards Ukraine. However, Kyiv should not remain silent on this matter

On Tuesday, October 19, US Secretary of Defense Lloyd Austin was welcomed in Kyiv.

Since his appointment, the Pentagon chief has made few visits. Almost all of them took place in the territory of the long-time US allies. Germany, Japan, Israel, South Korea. Thus, Ukraine has once again joined the number of states enjoying Washington’s significant political support. This is a hundred-percent victory.

Austin's trip to Kyiv was combined with his visiting Georgia and Romania, as well as a meeting with NATO partners in Brussels.

In Tbilisi, the Pentagon chief signed an agreement to boost Georgia's defense and deterrence capabilities. The Secretary skilfully avoided the issue of the country's membership in NATO, limiting himself to general assurances of support from Washington.

The visit to Kyiv yielded even fewer results, at least those announced publicly. No arrangements detailing the Strategic Defense Framework have been reached. The parties did not also resolve the issue of transferring American missile defense systems to Ukraine.

It is worth recalling here that, Ukrainian systems currently in service are are obsolete not only morally but also technically. After their disposal, even the largest cities of Ukraine will be unshielded. The problem is particularly acute given the attacks on civilian targets in Syria carried out by Russian aircraft since 2015.

The members of the Ukrainian delegation claim to have raised this urgent issue during the talks. But so far to no avail as you can see.

Concerning Ukraine's accession to NATO, experts' predictions have completely come true. On behalf of Washington, Secretary Austin once again supported Kyiv's Euro-Atlantic course. But despite "NATO's doors being always open" for Ukraine, only after the reform of the national security and defence sector will it be possible to approach them.

In particular, the US delegation stressed the civilian control over the military sphere, problem of high staff turnover and the defense procurement system transformation.

Nevertheless, one should not be surprised by the moderate results of Austin’s visit, experts say. The US is not ready to significantly strengthen Ukraine's defense capabilities. This neutral approach has been characteristic of the Biden administration since its coming to power.

Today, Washington first and foremost seeks stable and predictable relations with Moscow. The US considers the Russian issue as an integral part of the global confrontation with China. That’s why they are not going to irritate Vladimir Putin in vain.

Such allegations may seem unrealistic since the entire world community is currently witnessing a sharp deterioration in Russia-NATO relations. At the last meeting in Brussels, the Allies agreed on a new master plan to defend against any potential Russian attack on multiple fronts. No doubt that the containment of Moscow continues.

Nothing special, except that Lloyd Austin as representative of the United States was more interested in the consolidation of NATO members in the face of the Chinese threat. The US, unlike its European allies, sees the North Atlantic Alliance as a platform for countering China.

In turn, Ukraine, which has already been dubbed a spoiler in relations between Moscow and Washington, should convince the latter that stabilization is impossible through the unilateral concessions to Russia. Especially when 20% of Russian tactical groups are on the Ukrainian border. The US should realized that the desire to respect Moscow's "red lines" can motivate it to intensify its aggressive activities.