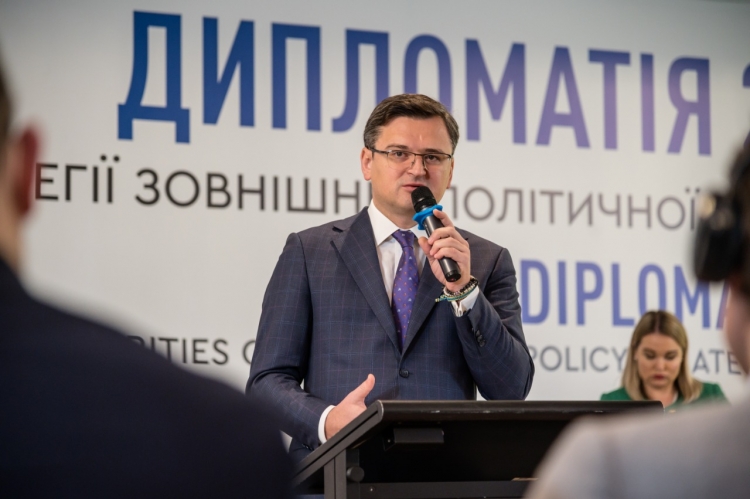 How Dmytro Kuleba and his ministry «cement» Ukrainian foreign policy

Ukrainian Foreign Minister Dmytro Kuleba summed up the results of 2021 and outlined the goals of domestic diplomacy for the near future.

December 14 in Kyiv, the "Diplomacy 2022: Priorities of Foreign Policy Strategy" event was organized by the New Europe Center along with the Ukrainian Foreign Ministry. FM Dmytro Kuleba summed up the year, having set goals for the future.

The MFA’s main achievements, according to Kuleba, include the launch of the Crimean Platform, the development of a strategic partnership with Washington, London and Ankara, the emergence of the Associated Trio, the progress of the Lublin Triangle and Quadriga, Ukrainian leadership in the Danube region, NATO Enhanced Opportunities Partner status, as well as creation of the Foreign Policy Strategy of Ukraine.

Adopted back in the summer, the Strategy became the issue Kuleba paid the most attention to as a key achievement of Ukrainian diplomacy.

In 2021, Ukraine first got a systemic document setting out its foreign policy goals, objectives, and priorities. In addition to traditional territorial integrity, opposition to Russian aggression and EU/NATO membership, priorities include promoting Ukrainian exports, attracting foreign investment, protecting Ukrainian citizens’ rights and interests abroad and shaping a positive image of Ukraine in the world.

Enough has been said about the level of relations with different countries. Yet one international player was left behind. In his speech, Minister Kuleba has never mentioned China, being Ukraine’s strategic partner under the 2021 Strategy.

The economic dimension of the new Strategy has been extremely well received by the expert community. Dmytro Kuleba believes the Ukrainian business to still distrust the state’s participation in the promotion of domestic exporters. The situation needs to change, the Minister says. To do so, the MFA strengthens its team. Recently, Olga Trofimtseva became Ambassador-at-large for export and investment promotion.

We are well acquainted with Olga’s professional and personal qualities. Hence, we do not hesitate to join all congratulations with the appointment and believe in the major achievements awaiting the renewed team of the Ukrainian Foreign Ministry.