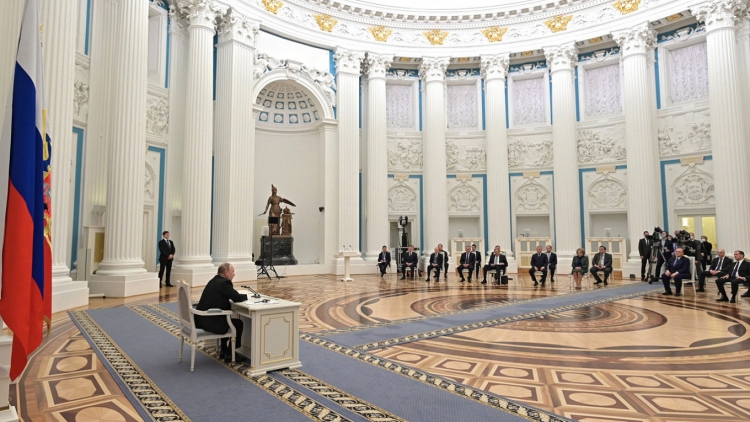 Russia recognizes the independence of the so called “L/DPR”. What can Ukraine and the world expect?

On February 22, Russian President Vladimir Putin signed two decrees recognizing the independence of the so-called Donetsk and Luhansk People's Republics, which are in fact occupied territories of Ukraine.

The meeting of the Security Council, at which the signing took place, was broadcast on Russian television. Although we are not going to comment on the "Satan’s Ball", some conclusions still need to be drawn.

Until recently, there was an opinion among experts that Moscow's aggravation was aimed at forcing Kyiv to agree to Russian interpretation of the Minsk agreements, giving the occupied territories a special status.

However, on February 22, such a version ceased to exist along with the Minsk agreements themselves. So far, this fact has been recognized by all participants of the Normandy format: Ukraine, France, Germany and Russia.

The recognition of “ORDLO” proved to be another instrument of the hybrid war that Moscow had been waging against Kyiv since 2014. The Kremlin rejected what it considered ineffective levers of influence and gained new ones without a fight. Now Putin seeks signing a sort of “Minsk-3”, but on much more favourable terms.

Although Russian Foreign Minister Lavrov's meeting with US Secretary of State Blinken was canceled by the latter, the Russia-West dialogue will continue. Vladimir Putin understands this more than anyone else. Following his usual strategy, Russian leader will enter the new stage of talks with critically high rates.

It is not coincidentally then that for some time the Kremlin did not support the militants' claims to all territories of Luhansk and Donetsk regions, only a third of which have been currently occupied. Apparently, Putin is going to bargain.

Despite recent changes, experts believe the danger of armed conflict between Russia and Ukraine to be unchanged. Terrorist attacks and Moscow’s localized attempts to shift the demarcation line in the Donbass seem more likely now. However, Putin's decision to provide official military assistance to the so-called “LDPR” prevents us from ruling out the scenario of a full-scale military confrontation.

The Collective West has responded to Vladimir Putin and his supporters by imposing further sanctions. Most of them are aimed at blocking any activity on the territory of “ORDLO”. However, there are other ones. For example, Britain has frozen the assets of five Russian banks and several oligarchs close to the Kremlin. 351 members of the State Duma were immediately included in the sanctions list of the European Union. All of them voted for the recognition of “ORDLO”. German Chancellor Olaf Scholz has announced the suspension of the Nord Stream 2 certification.

Some Ukrainians are still dissatisfied with Western sanctions, saying they expected some tougher steps. Nevertheless, experts remind that sanctions are a preventive tool. Ukraine's Western allies are currently investigating how the aggressor will react to the first, mildest, sanctions package.