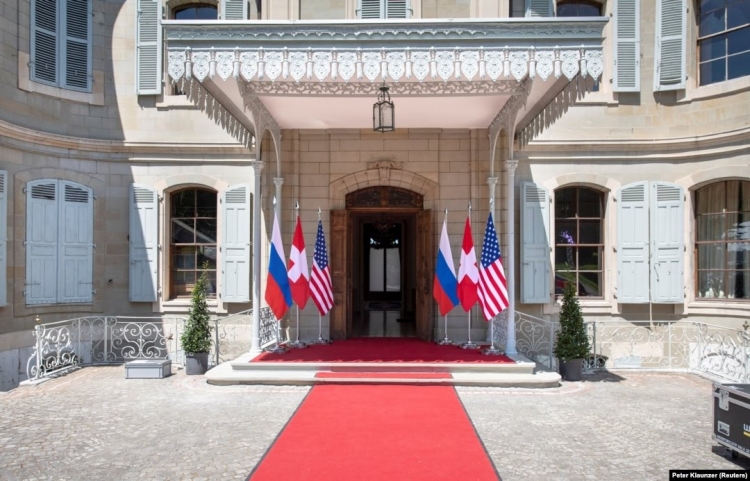 Geopolitical overview: What does Russia's unchanging policy after Geneva mean?

In post-Geneva realities, some were supporting the 46th President of the United States while the other took the side of his Russian counterpart. The world media, political scientists and experts unanimously stated that the United States demonstrated its steadfastness and commitment to American democracy, while Putin spoke loudly about the hostile West in order to demonstrate its strength and absolute non-involvement in most of the issues that were raised.

It seems it was arranged not to reveal a number of issues raised during the meeting. The lack of comments on the Nord Stream 2 pipeline and Ukraine spoke for itself. However, some points delivered during separate press conferences, in which the parties declared they have mutual understanding, also remain unclear.

President Biden said he gave Putin list of 16 critical infrastructure sectors that should be off-limits to hacking under any circumstances. Still, Putin has publicly claimed that Russia is not involved in notorious cybersecurity attacks that have recently happened in the United States. He also claimed that most cyber-attacks originate from the US and Canada.

And while Russian hacker groups have shifted their focus to German banks, there is another question: probably some rules to exclude hacker attacks from a much broader list should be established? The media says a hacker group linked to the Russian state known as "Fancy Bear" conducted a cyber-attack on banking system in Germany at the end of June. This happens despite the fact that Germany pursues a loyal policy towards Russia and supports the completion of Nord Stream 2. It appears that Russia tries to keep its so-called right to act contrary to the agreements and to deny any hostile actions with both, countries that it considers are friendly towards it, and with seemingly hostile. Obviously, there should be a strong preventive action to resolve such issues.

Equally interesting thing took place in the Black Sea on June 23. Russia has launched another massive information attack. Moscow claimed it fired warning shots and dropped bombs in the path of the British destroyer the HMS Defender that maneuvered in its territorial waters. The UK Defense Ministry denied this fact adding that the HMS Defender was conducting innocent passage through Ukrainian territorial waters in accordance with international law. The news quickly spread around the world. Experts believe that such information attack is more like testing another technology against the West, as on June 30, Putin said that the United States is behind the incident.

Russia's policy on American citizens detained in Russian prisons has also remained unchanged though it was discussed in Geneva. The parties stated that they would seek to find a compromise on the issue of potential prisoner swap between the two countries. On June 28, it became known that the Moscow City Court denied former US Marine Trevor Reed's appeal and upheld the verdict of nine years in prison.

On the same day, the US Department of State published a warning on its website regarding trips to Russia with a bright red mark “Do not travel”. Department of State advises Americans to not travel to Russia because of terrorism, harassment by Russian government security officials, the embassy’s limited ability to assist U.S. citizens in Russia, and the arbitrary enforcement of local law. Consequently, the United States still remains committed to diplomacy and statements.

To summarize, Russia is fully demonstrating that it will continue to pursue its chosen aggressive policy towards the West. During the annual special Direct Line on June 30, Putin once again made anti-Western statements. He said that the President of Ukraine had placed the country under the full external administration of Washington, Paris and Berlin, and claimed Ukrainians and Russians are one nation. In response to these statements, the President of Ukraine Volodymyr Zelensky once again explained that we are two different nations, which, however, should have one goal - to end the war and return the occupied territories to Ukraine.

Such statements are not only a manifestation of aggression against Ukraine, it`s also another message to the West that Kremlin will not change its position. And this is a clear indication that the West needs to change tactics, strategy and use tools that are still available. For example, not to turn a blind eye to the Nord Stream 2, Gazprom's abuse in the European gas market and the anti-climate activities of Russian oil and gas companies in the Arctic.