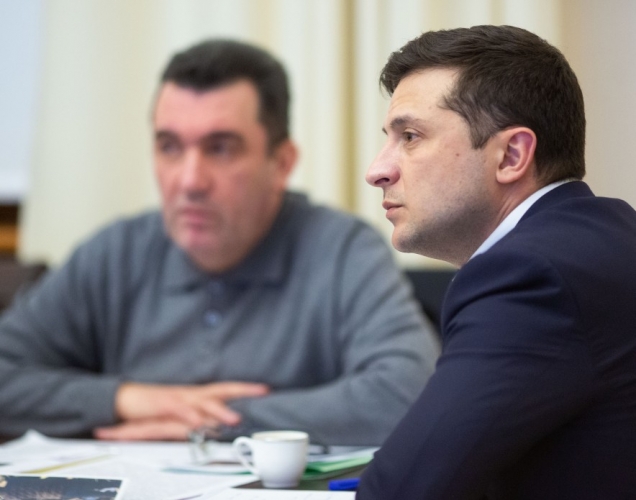 The horrific tragedy in Iran on January 8 drove all the affected parties to react, comment and investigate. In accidents, the President’s Office has to report timely, credibly and relevantly – so, did they?

On January 8 at 4:10, the Ukrainian aircraft while operating flight PS752 from Tehran to Kyiv departed from the airport. A few minutes later, the plane disappeared from the radars.

At that time, President Zelenskyy was on a visit to Oman. Immediately upon his coming back – but already 14 hours after the tragedy – the President gathered the night meeting on the issues related to UIA plane crash. The day of mourning was likewise declared a day after the tragedy due to the government’s absence.

Crisis situations require timely reaction, i.e. the “first say, then do” strategy chosen by President’s Office may be a misleading strategy to choose. For comparison, the UIA top management held such a meeting 3 hours after the tragedy, and their 1st official briefing was immediately appointed for 10:00.

The Ukrainian government needed three days to officially state the genuine reason for the plane crash - on January 11, the President addressed Iran for its official apology for shooting down UIA plane.

Before that, views were rather diverged:

January 8 at 10:25 – UIA briefing at which the top managers assured in the aircraft’s good condition and crew’s professionalism. From the very beginning, the company refused to consider the chance of error probability.

January 8 – Statement by Prosecutor General’s Office of Ukraine initiated a pre-trial investigation under para. 3 art. 276 of the Criminal Code of Ukraine regarding the violation of rules related to safety of traffic or transport operations by a worker.

January 9 at 20:30 – Donald Trump’s admission that he suspected “somebody” in probably making a mistake “on the other side”.

January 9 at 21:48 – Justin Trudeau’s statement on Canada’s evidence indicating that the plane was shot by an Iranian missile.

January 9 at 23:07 – Boris Johnson’s statement in favour of the missile theory in Iran plane crash.

While its international and local partners were actively communicating on various versions (leaning more towards the missile shooting down), the President’s Office kept silence, asking to stay patient and give up any speculations.

Inconsistencies in numerous communications as well as the President’s over-patience may have seemed confusing – credibility questioned.

Following the official statement approving Iran’s shooting down the Ukrainian plane on January 11, Oleksiy Danilov admitted that Kyiv had known of the missile shooting down long ago - even before the international leaders started publicly commenting.

One – but not the only – evidence proving the information communicated by the Ukrainian government was questionably relevant.

Timeliness, credibility and relevance are the three pillars of crisis communication that should have been observed in the President’s Office communications – so, were they?

Our deepest condolences to the families of the victims.