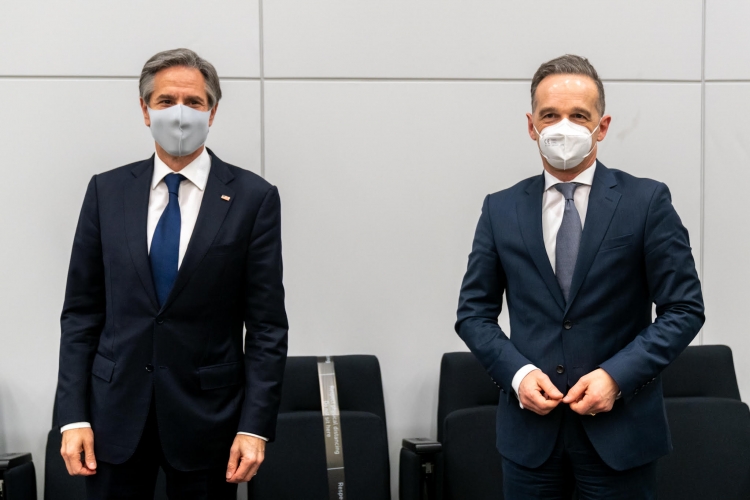 On May 24, the parliamentary delegation from Germany headed by Robert Habeck, the co-chairman of the party “Alliance 90/The Greens”, visited Kyiv. The agenda of the meeting with the President of Ukraine included the construction of the Russian gas pipeline Nord Stream-2. The Green Party in Germany is known, among other things, for opposing the project. While the Federal Government encourages Nord Stream-2, the Green Party's statements on environmental risks and the necessity to block the project seem well-founded. Earlier, Annalena Baerbock, the Green party chancellor candidate, stated that she considers investing in the modernization of the Ukrainian gas transportation system a more appropriate step than supporting the construction of another pipeline from Russia. In Kyiv, party members also agreed with Bankova that the Nord Stream 2 is a geopolitical project, not an economic one.

However, the recent meeting between the US Secretary of State Anthony Blinken and German Foreign Minister Heiko Maas ended with a statement that the parties had not developed a common position on the Nord Stream-2 pipeline. Moreover, it has recently become known that Washington waived sanctions on the project operator company and its CEO Matthias Warnig, as well as on four corporate employees of the company. The Secretary of State explained that such step was taken "in the national interest of the United States." Keeping the sanctions “would negatively impact U.S. relations with Germany, the EU, and other European allies and partners,” the Administration said in the report to Congress. And although Anthony Blinken assured that Washington would continue to oppose the project, the situation for Russian interests in Europe has softened.

The Russian project that has an active support in Germany, received another chance to be completed. In Washington, realizing the security risks for Europe, they continue to oppose the project, but the opposition is weakening. The White House is trying not to worsen relations with Berlin because of the project that is not even German. Russia has an advocacy of its own interests; any arguments against the project are ignored. Both inside and outside Germany.

Germany's position has once again been internationally criticized by the EU country. This time, Deputy Prime Minister and Minister of Defense of Latvia Artis Pabriks openly stated that he was ashamed of Germany's approach to the Nord Stream-2.

However, the geostrategic threat to Kyiv has also increased due to its own policy. Washington has made no secret of its shock because of the decision to abuse the Naftogaz corporate governance regime. It has indicated that US support will depend on the level of reform. The work of specialists, who have brought the state-owned company to a new level, was put at great risk. In Western countries there is still no clear understanding that for Ukraine, the launch of Nord Stream-2 will not be just a reset of the transit for which we receive payment. The reshuffle at Naftogaz only exacerbates the rejection of arguments by Kyiv, which should more actively conduct its policy in resisting Russia's energy expansion.
In Kyiv, the Secretary of State has underlined that Ukraine faces external and internal challenges. Russia is the external enemy. Corruption with oligarchs that may also represent Russia`s interests – the internal one.

If Russia's Nord Stream-2 is completed, Ukraine risks not only its geopolitical role. Russian military aggression, which has been going on for eight years, may take a completely different form - a direct military invasion. In this case it is definitely important to have allies.

According to German expert Milan Nič, Russia is now testing a new method of 'rogue' action, using Belarus as a testing ground. While the world's attention is focused on the unprecedented abduction of Belarusian journalist Raman Pratasevich, more than 130 Ukrainian political prisoners are being held in Russian prisons. All these interconnected things have become possible also due to the energy resources imports from Russia, which uses them as an instrument of political influence. The EU has a very loyal policy in this matter; Minsk has refused to diversify sources of energy supply.

Consequently, it is important for Kyiv to pursue a well-thought-out policy, both internal and foreign one. This may help to counter the Northern Stream-2 and contribute to strengthening support from partners. If we fix some energy and transparency issues, others are likely to be resolved automatically. 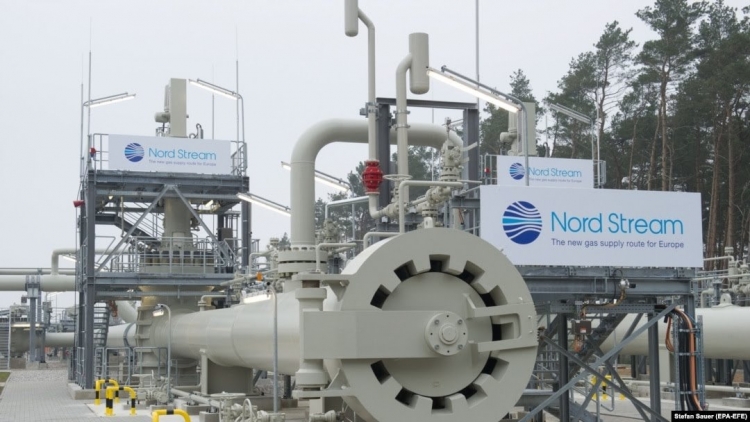