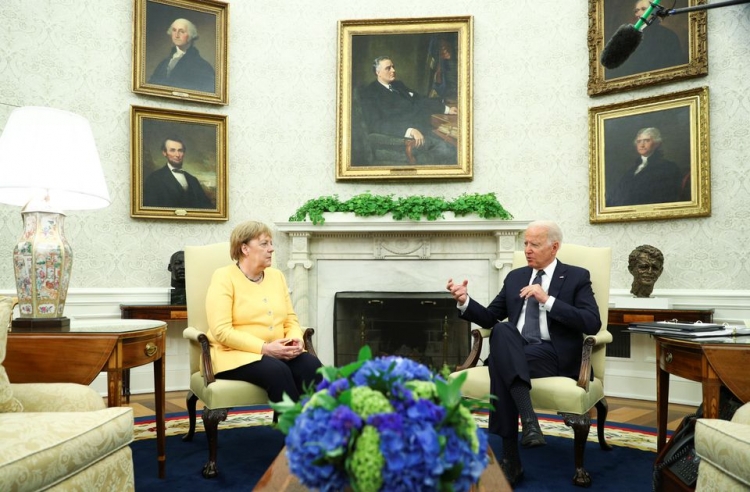 U.S. urges Ukraine to stay quiet on Nord Stream 2. Why and what are Ukraine's further steps

US President Joe Biden’s administration urged its Ukrainian counterparts to refrain from criticizing the future "Nord Stream 2" agreement with Germany, Politico reports, citing four people with knowledge of the conversations.

According to the sources, officials have made it clear that Ukrainian public opposition to a future agreement could be detrimental to the bilateral relations between Washington and Kyiv.

There is no doubt, in Ukraine expectations were high that the United States could stop NS2 with sanctions. Yet current signals from Washington suggest that US-German relations, weakened under President Trump, are now an absolute priority.

The constructive engagement of the States with Ukraine is also hampered by the fact that the Ukrainian authorities have once again deviated from the reform course, warmly supported by the United States Administration. Those across the ocean are not covering the frustrations at the failure of corporate reform, a particularly striking example of which is the current situation in Naftogaz. US officials also do not hide their concerns about the state of affairs at National Bank of Ukraine and NABU.

"The uncertainty with the date of the meeting between the Presidents Zelensky and Biden is clear evidence that Washington is demanding Kyiv to respond to this concern through concrete action. Thinking on such massive steps as sanctions pressure aimed at NS2, the States expect Ukraine to be a more predictable partner"- says Ivan Vaneev, Managing Partner of TRUMAN.

As long as Ukrainian authorities violate agreements with the United States on reforms, and at the same time «threaten» to defect to China, signals like those reported today by Politico will continue to come from Washington.

For the moment it threatens to deprive Ukraine of gas transit because of NS2 and to weaken the negotiating position with Russia. The US-Germany NS2 deal will certainly be unfair to Ukraine, as it is almost impossible to offset its negative impact. It is now crucial for the Ukrainian side to finally launch a systemic diplomatic effort in Washington, backed by action on the home front, to ensure not only the expected "guarantees" from the States and Germany, but also the strategic allies’ confidence.