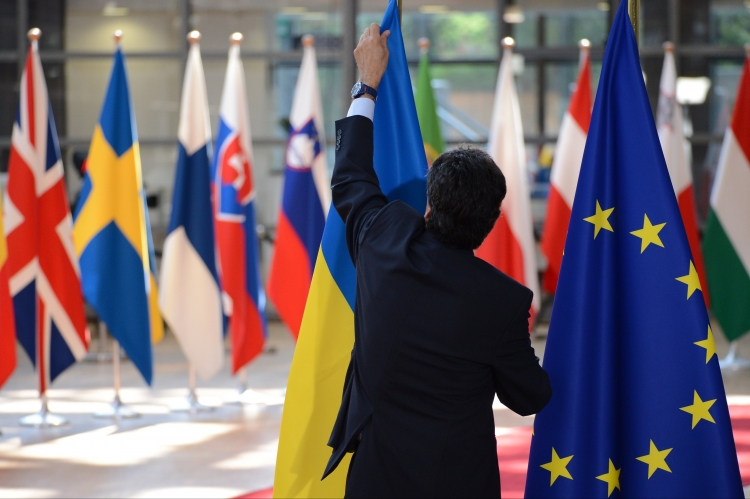 23rd EU-Ukraine Summit: another stocktaking or major breakthrough in relations

The Ukraine-EU summit ended in Kyiv. A lot of success. However, has the key goal been achieved? Read all the details of the meeting, from the alleged open skies agreement to the unexpected deoligarchization, in a new analysis by TRUMAN.

The 23rd EU-Ukraine Summit took place in Kyiv on Tuesday, October 12. For a long time, the key issue of Ukrainian-European relations has been the renewal and enhancement of the so-called Association Agreement, negotiated under Viktor Yanukovych. Much has changed since then. TRUMAN has tried to find out whether or not the long-awaited Summit has become a victory for Ukrainian government.

Perhaps the most important, albeit predictable, outcome of the summit was the signing of the Common Aviation Area Agreement. However, Ukraine can hardly be credited with this achievement. The Open Sky Agreement was initialled in 2013. Unfortunately, a dispute between Britain and Spain over Gibraltar airport hampered the further process. Thus, it is Brexit rather than Ukrainian diplomats that should be thanked for signing of the agreement this year.

However, at yesterday's summit, Ukrainian and European airlines were eventually equated in rights. Experts predict an increase in the presence of so-called low-cost carriers in Ukraine. According to some media, while Ryanair is only planning an aggressive entry into the Ukrainian market, Wizzair has already opened 26 new flights. Such competition, in turn, will surely lower ticket prices for an average Ukrainian.

At the same time, a number of experts believe that immediately after signing the Agreement, the parties should start working on its update, taking into account all the changes since 2013. Unfortunately, no such ambitions or plans were introduced at the summit.

In cultural and scientific realm, Ukraine has joined the Horizon Europe and Creative Europe programmes, with the budget of the latter increased by 63% compared to the previous period.

Recognition of Russia as an aggressor has already become a good tradition. Both sides adhere to the “naming and shaming” strategy. The joint statement reaffirmed the official non-recognition of this year's elections to the Russian State Duma, involving residents of the annexed Crimea and the occupied Donbass territories. However, President Zelensky's call to expand sanctions in connection with these events did not lead to specific commitments from the EU.

Representatives of the European Union have once again stressed the implementation of judicial reform in Ukraine. However, Brussels has not proposed any mechanisms for assessing the effectiveness of such transformations. The parties omitted the roadmap for judicial reform recommended by the G7. The issue of changes in the Ukrainian judicial system remains vague.

Fight corruption is likely to have become the only sensation of the summit. The EU has officially approved of the anti-oligarchic legislation of Ukraine and appreciated the progress of Zelensky’s administration in the area.

Concerning energy issues, the EU expressed its strong support for the strategic role of the Ukrainian GTS for security in the region. The parties even agreed together to oppose the potential veponization of Nord Stream 2 by Moscow. However, at least any particular measures in this direction are still unknown.

According to a joint statement, the EU supports the development of renewable energy in Ukraine. However, one of the key issues of this unit remains unresolved. The parties did not reach specific arrangements on Ukraine's place in the newly established CBAM system. At the same time, the introduction of so called "carbon border tariffs" will have a significant impact on Ukrainian exporters. In the field of metallurgy alone, such changes will lead to € 500-800-million losses.
In turn, Ukraine has presented to European partners its own energy conservation programme. President of the European Commission Ursula von der Leyen considers this direction to be a key one in the sphere of Ukrainian energy security. However, the implementation of the plan depends on the EU financial assistance.

Here, it is worth mentioning a new investment plan announced by Brussels at the summit. The plan presupposes the mobilization of some € 6.5 billion. The second tranche of European aid, amounting to € 600 million and not dependent on the IMF's position on the issue, has become an equally significant achievement of the summit.

In the security area, no important issues have been ignored. The parties have addressed both the affair in the Black Sea as well as Ukraine's participation in the European Security and Défense Policy. Unfortunately, the final document does not contain any provisions on the establishment of the European Union military mission in Donbass. Nevertheless, during his interview after the summit, European Council President Charles Michel confirmed the existence of such plans.

Perhaps, the most important aspect of the updated Association Agreement is trade. Today, Ukraine, whose capacities have increased significantly since 2014, needs the expansion of EU trade allowances or a complete revision of current customs tariffs.

The Summit has launched this process by initiating a dialogue on the further tariff’s abolition. The parties have also agreed to start the second stage of the preliminary assessment within Ukraine's accession to the so-called EU "industrial visa-free regime". President Zelensky is going to sign the ACAA at the next summit in 2022.

In general, both volume and content of the final joint statement of the Summit have surpassed the results of the last year's meeting, which, surely, can be considered a success of the Ukrainian delegation. However, some issues remain unchanged. For example, the mention of the Dutch referendum in 2016, which Ukrainian diplomats has failed to remove from the text of the joint statement.

A larger challenge is the lack of a clear prospect of Ukraine's accession to the EU. Europeans claim common values with Ukraine and are ready to share a "historical past" with us. Moreover, Brussels has finally replaced its scepticism towards the newly formed "associated trio" of Ukraine, Georgia, and Moldova with outspoken support. But what about our “historical future”? Unlike the Western Balkans, which recently hosted a similar summit with the EU, Kyiv, Tbilisi and Chisinau do not receive guarantees of their foregoing integration. The stability of the Balkan region is higher on the European agenda than the situation in Ukraine. Therefore, we need to fix it out.