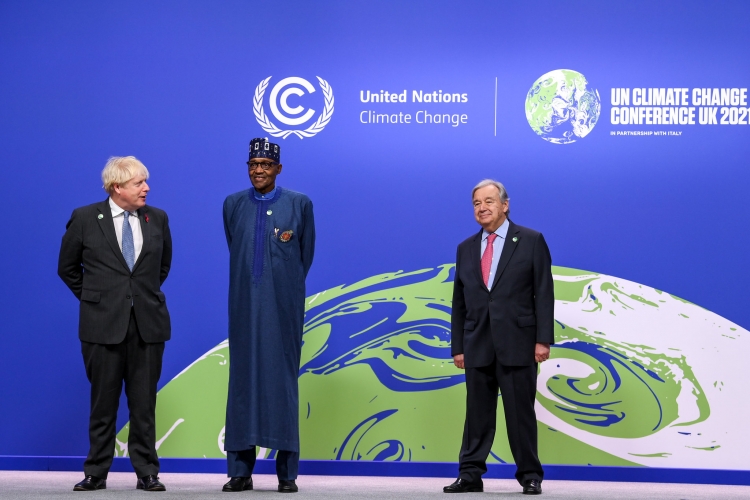 COP26: World climate agenda and Ukraine’s place in it

Six years ago, in Paris, states signed an agreement committing themselves to achieving full climate neutrality by 2030. Ukraine became one of the signatory States. Today, the parties to the agreement have gathered in Glasgow, Scotland, to share successes and address key challenges once again.

The latter was signed in 2015. That year, the capital of France hosted COP21. Under the Paris Agreement, 197 countries not only agreed to keep the world average temperature below 2°C, but also promised to do their utmost to reach 1.5°C target.

To do that, COP21 has introduced the so-called Intended Nationally Determined Contributions mechanism. Simply put, each country must set its own target to reduce emissions by 2030. The Contributions need to be updated every five years.

Piece of cake. But with the current INDCs, the world’s average temperature will rise by 2.7°C by 2030. And this is not the only problem of the agreement and the climate negotiations in general.

At the summit, which began on November 1, world leaders will seek to address the implementation of Article 6 of the Paris arrangements regarding market- and non-market mechanisms reducing greenhouse gas emissions. The so-called "double accounting" issue is the key one. Measures to reduce greenhouse emissions are often attributed to both the country conducting such measures and the territory hosting them, which is contrary to the 2015 agreement.

In addition, the summit will discuss financing issues in detail. This applies in particular to developing countries. As early as 2009, advanced states pledged $100 billion annually to support climate change in needy countries. Since then, the ambitious goal has never been achieved.

Equally important is the issue of the so-called energy transition. For the first time, decarbonization was introduced in the Paris Agreement. To date, the European Union has become a driving force in this realm.

Brussels’s Green Deal aims to reduce greenhouse gas emissions by 55% by 2030 and achieve complete decarbonization by 2050. In Glasgow, European Commission President Ursula von der Leyen called upon summit participants to raise the price to be paid by the biggest polluters.

Besides the EU, these include the US, India, China, and Russia. The leaders of the latter two states, Xi Jinping and Vladimir Putin did not appear in Glasgow, which caused US President Joseph Biden’s outrage.

The White House leader himself is trying to restore Washington’s leadership in the international climate change negotiating process. President Biden began his address at the summit by apologizing for the policies of his predecessor. It should be mentioned that Donald Trump had withdrawn the United States from the Paris Agreement. However, Biden has fixed the situation.

A delegation from Kyiv has also attended the conference. In 2015, Ukraine signed the Paris Agreement, and in July this year its Intended Nationally Determined Contribution was updated. Now, according to the Government’s decision, it will be necessary to reduce greenhouse gas emissions by 65% by 2030.

However, apart from the updated INDC, the Ukrainian delegation in Glasgow is also interested in several other issues, including the negotiations on Article 6 of the Paris Agreement, as well as the problem of financing and the access to the Green Climate Fund.

According to official sources, Ukraine needs about €102 billion to fully implement its ecological modernization.

Currently, the Ukrainian delegation has already supported two major climate agreements, which were presented at the conference on November 2. The first declaration aims to stop deforestation by 2030, while the second one presupposes a 30% reduction target for methane. Now Kyiv is going to join at least two more environmental initiatives.

It is perhaps the most important task of the Ukrainian delegation in Glasgow to prevent any references to Crimea as the territory of the Russian Federation in the latter’s reporting documents. Whether it will be achieved or not, the outcomes of the summit will show.

So far, only President Volodymyr Zelensky has mentioned Moscow’s aggression against Ukraine in his speech. As a result of the events of 2014, Crimea and Donbass became two environmental bombs, the President noted. Zelensky called on the rest of the world’s leaders to observe their commitments and to contribute to the global warming in relations among nations.

The President of Ukraine himself paid great attention to this task. During the climate summit, Zelensky discussed the security situation in Donbas with US President Biden, German Chancellor Merkel, and NATO Secretary General Stoltenberg.

Moreover, climate negotiations have become a platform for signing a joint declaration with Slovakia on the European perspective of Ukraine.

Also in Glasgow, Volodymyr Zelensky has met and discussed key issues with leaders from the United Kingdom, Canada, India, Israel, Greece, Sweden, Georgia, Austria, and Guinea-Bissau. But the best is yet to come.