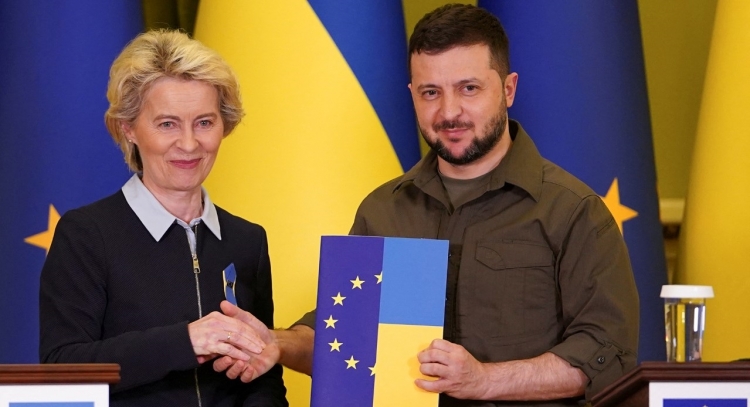 Following the collapse of the Soviet Union, Kyiv received a Partnership and Cooperation Agreement from Brussels, which was more declarative than actually bringing the prospect of future membership closer.

Same cannot be said for the association agreement with the EU signed in 2014. 80% of that new deal covered economic issues and provided for much broader coordination in the areas of legislation, foreign policy and security.

Today, with already two parts of the Ukrainian questionnaire being considered in Brussels, it is still too early to talk about iron-clad guarantees of joining the EU. However, the status of a candidate for membership, which Ukraine may receive in June, certainly opens up a number of new opportunities for us.

First of all, new status = new commitments. Yet, they are more of a push than a burden. An additional motivation for quality and intensive reforms.

According to the established procedure, long-term negotiations with the European Union awaits every new candidate. The actual name doesn’t matter. At this stage, we will have to act more than talk. After all, the negotiations involve thorough harmonization of the legislation and practices of the candidate country with European standards.

Ukraine's compliance with all 35 chapters of the future accession treaty will be assessed by the EU members themselves, whose consensus will depend on both our diplomatic efforts and our well-done homework in the form of deep reforms.

However, it is not just about motivation, which Ukraine will have more than enough after the victory. Specifically for the candidate countries, Brussels has developed a financial instrument named IPA and focused on enhancing reforms and investing in the socio-economic sphere.

The pros do not end there. All previous EU candidates experienced a large increase in foreign direct investment during the negotiation phase already. This applies to Hungary, Poland, the Czech Republic and Bulgaria.

The explanation is simple: the more European legislation the state implements, the clearer and safer it becomes for potential investors. Nevertheless, experts claim that Ukraine should not expect capital inflows until the end of the war, since security is probably at the first place in the short list of any investors.

Therefore, while Bankova str is waiting for the decision of the EC on the questionnaire and that of the next EU summit, each of us should think about their own contribution to the new stage of Ukrainian European integration. TRUMAN is already in the process.