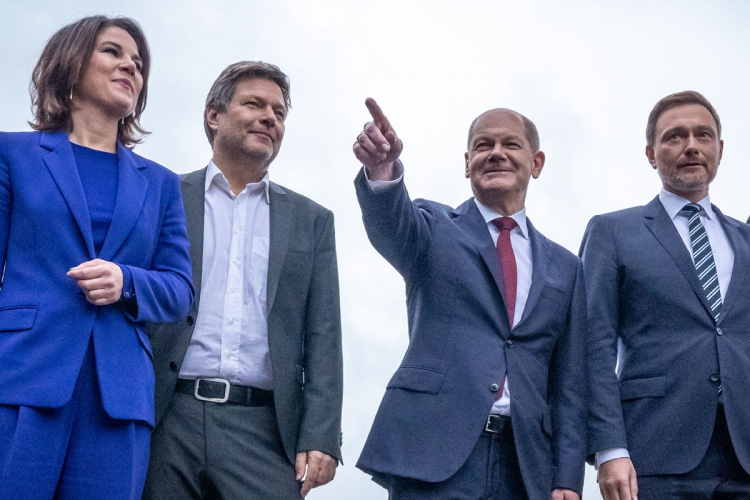 There is a new Cabinet in Berlin. The two-month negotiations, first time taking place behind closed doors, brought in the coalition agreement between the Social Democrats, Alliance 90/The Greens and the Free Democratic Party. The agreement lays down the rules of the game for all political forces in the country.

First of all, the changes in German foreign service are worth noting. The Greens will now be in charge of the Federal Foreign Ministry. The party’s leader Annalena Baerbock will replace Heiko Maas, representing Germany at Normandy ministerial meetings. Alliance 90/The Greens are known for their pro-Ukrainian stance as well as specific focus on human rights. Thus, Russia will not receive a new ally.

Nevertheless, the overall influence of the Greens on German foreign policy is hard to assess so far. Throughout Merkel's leadership, all the levers in the field belonged to the Chancellor. Only time will tell whether Olaf Scholz will give the initiative back to the Foreign Ministry and whether Baerbock will insist on the autonomy for her new agency.

In a new coalition agreement, Germany for the first time recognized Ukraine’s aspiration for EU membership at such a high level. Moreover, the Government expressed its support for such ambitions. The parties promised to expand relations with the Eastern Partnership countries, namely the freshly minted Associated Trio of Ukraine, Moldova and Georgia.

However, Berlin still considers effective implementation of structural reforms to be the key to successful European integration. Support for Ukraine’s internal transformations will certainly continue. However, the policies of the Federal Ministry of Finance may become more restrained under the Free Democrats.

Germany’s position towards Russia did not remain unchanged. No mention of partnership or close relations was made in the new agreement. Now Moscow is a powerful political player, only. Berlin is ready for constructive dialogue, however demands Russia to stop destabilizing the situation in Ukraine and implement the Minsk agreements. Until then, the sanctions should not be lifted.

The new government’s stance on Nord Stream 2 and the prospect of Ukraine’s membership in NATO remains unclear. It is not worth waiting progress on the latter issue, experts say. The Kyiv’s joining to the North Atlantic Alliance does not meets the strategic interests of Germany.

As for NS2, the Greens now hold the formal key to the issue. However, there is still no consensus in the Cabinet. While Alliance 90 has been strongly opposed to this initiative since the beginning of the construction of the gas pipeline, the Social Democrats, led by the new Chancellor Scholz, support the launch of NS2.

The only good thing is the requirement for all gas pipelines to be certified in accordance with EU law: the position Ukraine advocates at the international level.