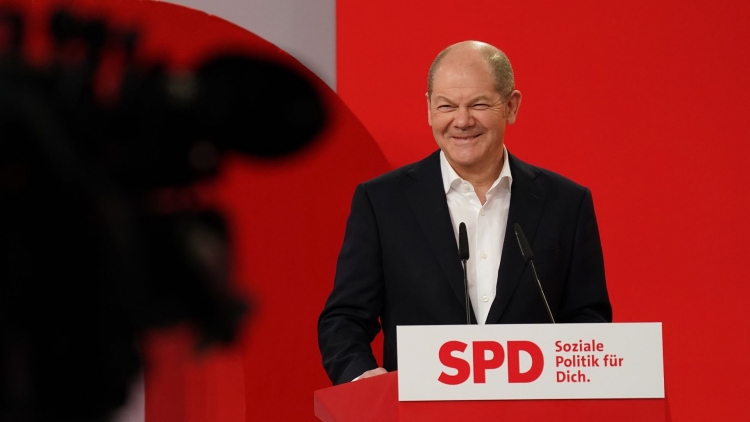 ”Traffic Light Coalition”: What do German elections mean to Ukraine?

Elections in Germany are over. Although the official vote count continues, exit polls predict victory for the Social Democratic Party. 25.7% of voters supported the SPD. In second place is Angela Merkel's CDU-CSU with a result of 24.1%. The Greens or Alliance 90 took third place, gaining 14.8%. The Free Democrats (FDP) finished fourth, overtaking the pro-Russian Alternative for Germany, as well as left-wing political forces.

The Social Democrats, led by their chancellor candidate, Olaf Scholz, are ready to receive congratulations and have declared their willingness to form a new government that will be a coalition one, given the previous election results.

Experts predict the creation of a so-called "traffic light coalition", within which the Social Democrats (whose party color is red) will share governmental responsibilities with the FDP (yellow) and the Greens. TRUMAN tried to analyze what Ukraine should expect from the new German government?

The Greens' participation in the coalition will certainly be positive for Kyiv. Besides the environment and the transformation of the economic system, Alliance 90 is extremely concerned with the Ukrainian issue. The Greens oppose the exploitation of Nord Stream 2 and promise to put pressure on Moscow to comply with the Minsk agreements. Some members of the party even claimed the possibility of defense weapons supply to Ukraine.

Representatives of the Free Democrats hold similar views. However, it should be remembered that the older brother in the coalition will be the party that received the most votes, namely the SPD. The last time the Social Democrats came to power in Germany was in 1998. At that time, Chancellor Schroeder would build friendly relations with the Russian Federation. Today he works for Gazprom. In general, the Social Democrats are expected to take a more lenient approach to Russia. The traditional SPD’s Ostpolitik, which provides for the normalization of relations with Moscow, should be taken into account.

Nevertheless, chancellor candidate Olaf Scholz has repeatedly promised to continue Angela Merkel's foreign policy, including with regard to Ukraine. The election campaign of the German Vice Chancellor and Minister of Finance emphasized the preservation of the stability which Mutti had been associated with for years. However, concerning, for example, the NS2, Scholz advocated the completion of the pipeline construction.

At the same time, several experts advise not to waste time on the analysis of potential coalitions, because the coalition government in Germany always provides for a compromise. The Greens will not be able to implement their own foreign policy strategy, neglecting the position of the Social Democrats. And vice versa. Moreover, the new chancellor, whoever he may be, will face a set of obvious dilemmas, forcing him to act pragmatically, including in relations with Ukraine.

Most likely, the new government will leave everything as it is, but in the future will avoid strict commitments concerning Ukrainian issue. Germany will continue to support Kyiv's European and Euro-Atlantic integration, but without any deadlines or promises. Sanctions against the Kremlin are also safe. At the same time, a dialogue with Russia will be established. The EU needs working ties with Moscow, experts say. For Europe, it is a matter of status. Germany will also remain a part of the Normandy format, but in the absence of Merkel, Paris may take the lead.

In general, one should not look for black and white in Berlin’s foreign policy. After all, it is always a combination of domestic political trends, economic interests, European values as well as leadership ambitions. It’s time for Ukraine to realize this. As with other Western partners, Zelensky's administration should not expect dramatic altruism. Rather, it is necessary to develop a number of advantageous proposals that will interest Berlin.

While waiting for the official election results, we should focus on issues relevant to Germany, namely the environment, energy, trade, security, and business. There is still time. Forming a government coalition is a long and painstaking process.