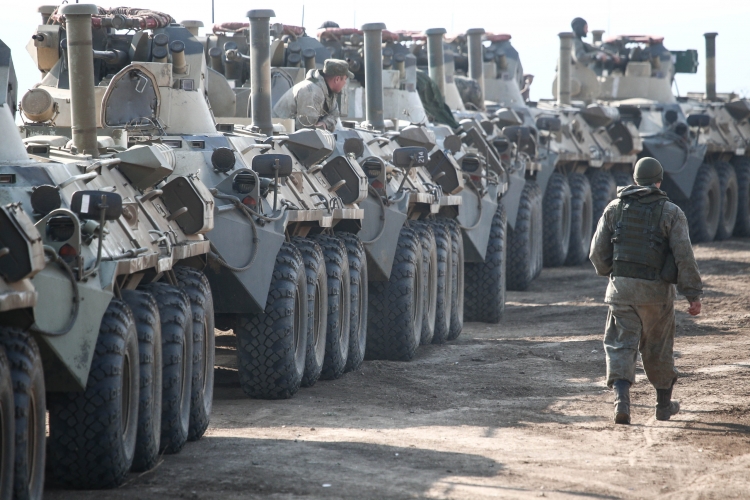 Russian troops on the border with Ukraine: Why there will be no intervention

Over the past few weeks, Western media have been ranging the alarm, alternately reporting the concentration of Russian troops on the border with Ukraine. We have already told you about satellite images published by Politico, clearly showing the battalions of the 1st Guards Tank Army near the boundary line. Western states’ intelligence services also reported the threat of invasion by Moscow. But what is an actual probability of Russian aggression? TRUMAN tried to analyse the issue.

Most experts say there will be no invasion, with there being some obvious reasons for this.

First of all, when deploying troops to the border with Ukraine, Russia is not even trying to hide anything. For a country planning a full-fledged military operation, that is illogical, to say the least. Moreover, no satellite data showed the deployment of air defence systems or the activation of Russian reserves, which would be the first signal about the preparation of the armed forces for combat, experts say.

The redeployment of Russian military equipment and personnel began in April. The process has not yet been completed. Such a pace is likely to suggest a general shift in Moscow’s focus towards the Western and Southern flanks rather than intervention preparations. In the latter case, Russia would act much more promptly.

One should also not forget that Ukraine’s current potential is significantly greater than in 2014. The Ukrainian army has undergone a fundamental transformation, gained the necessary experience and became stronger. The cost of intervention for the Russian Federation is now too high compared to possible benefits.

The new Minister of Defence of Ukraine, Oleksii Reznikov, holds a similar view.
“Don’t forget about 400,000 or even more veterans we have. They have passed through this front and are ready, God forbid, to defend their land. Therefore, such an easy breakthrough, as it was in 2014, is no longer possible,” says the Minister.

Occupation is an extremely expensive and often useless “entertainment”.

In 2014, Russia made the mistake, having occupied Crimea. However, even then, the reasons for doing so were much greater. Today, the population of Ukraine is strongly opposed to Moscow. Even in the central and eastern parts of the country, support for the Putin regime is close to zero. Let alone the western regions.

However, excessive noise in the Western media and loud statements about new sanctions in the event of aggression may not be in Ukraine’s favour. For if all the West could offer as a threat is sanctions, Russia may see the announced price as quite low, with the rest of the argument lost in the current infoglut.